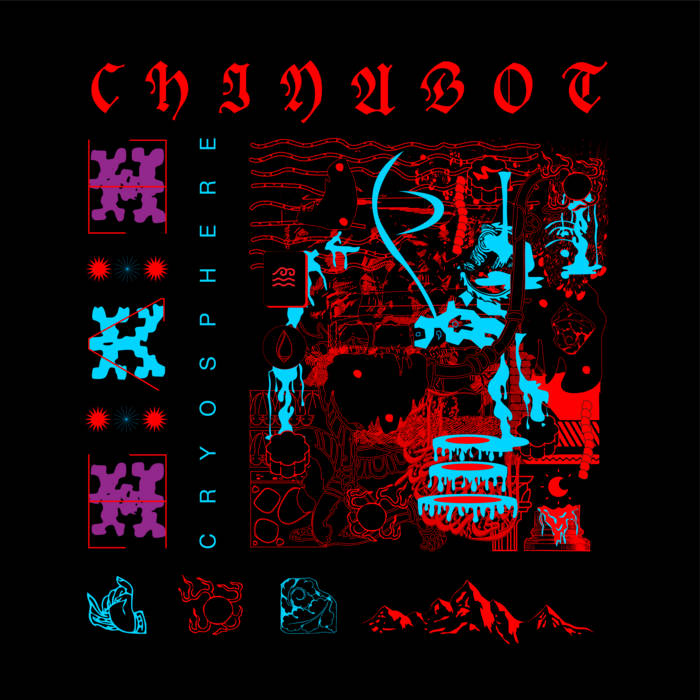 Chinabot will release their third annual compilation and 20th release, a 10-track compilation featuring contributions from countries that link the 10 major rivers to the water tower of Asia. The Hindu Kush Himalayas (HKH) encompasses an area of mountains in the eight countries of Afghanistan, Bangladesh, Bhutan, China, India, Myanmar, Nepal, and Pakistan.

These glaciers are the source of 10 major rivers including the Ganges, the Irrawaddy and the Mekong. The flow of the river carries with it the creatures, substances and human community along its course all the way down to the ocean. The branches of a river perform the same functions as those of blood vessels.

The collection aims to explore the different aspects and interpretations of sound from the meteorological phenomena in this region.
The compilation intends to explore the melting glaciers that will increase river flows and cause extreme heatwaves, erratic monsoons, unpredictable snow, dead bodies emerging from the ice, floods, droughts, landslides and avalanches.

Political tensions between neighbouring nations can also add to the difficulties because many of the disasters and sudden changes will play out across country borders. As many countries in this area share limited water resources, water has been the provoker of conflicts and wars - melting glaciers are also shifting the borders between some Asian countries.

On Tavishi's track "হিন্ডুকুশ আগুনে জ্বলছে,” which in Bengali means 'Hindu Kush is on fire,’ they use sounds generated from the satellite data on the rate of melting of the Hindu Kush glacier since the 1970s, and the projected glacier volume loss in the upcoming decades. The data was layered and arranged in a linear way, tracking from 1970 to projections for 2100, for the sound to proceed from past to future.

The spiritual significance of the region is addressed on ’Litany for Terra,’ a collaboration between Yeshi Dem, Deki Wangmo and Amanda Terry. "A litany is a call and response prayer: in this work it has been adopted as responsive energy," the three artists say in a statement. "Both the vocal parts and sonic arrangement act as a message, soliloquy and wish, as the 'Sampa lhundrup' prayer is believed to be a prayer that can fulfil wishes. This part of the prayer seeks guidance from Guru Rinpoche and the Goddesses of the four elements - a much needed prayer given the current ecological crisis that we all face."

It is a paradoxical situation — we still believe in humanity’s capacity to control nature while at the same time being terrified of water-generated catastrophes. The HKH is harbouring the climate crisis you haven't heard of. It holds more ice than anywhere outside Arctic and Antarctica, and the fast-changing conditions at the third pole have not received the same attention as those at the north and south poles.

Water is vital, spiritual, and restorative. It is a common that connects us all to each other, and to our biosphere. We are drawing some of the possible futures for the river in order to promote dialogue and hope about how our relationship could change. Water can quickly become wild without attention, it becomes alive, a new ecosystem where all the 10 songs can begin to live in this compilation.