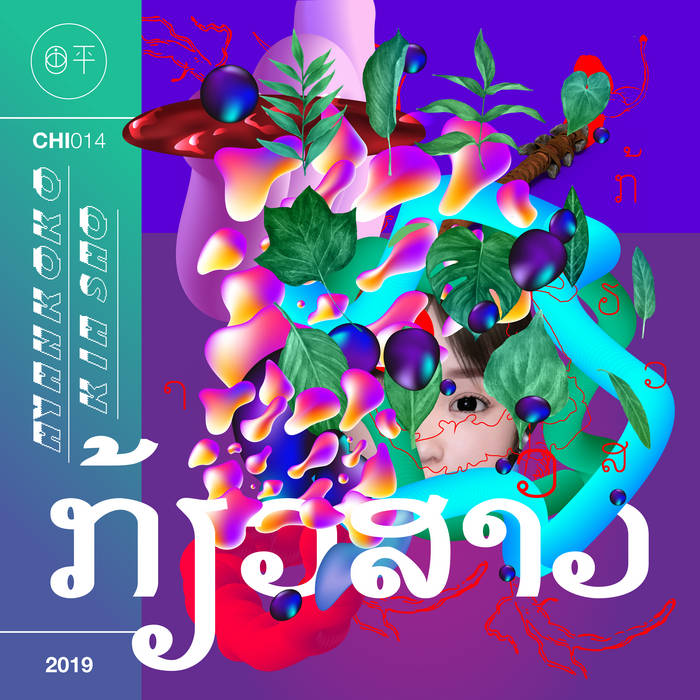 With a background in jazz and formal training in French conservatoires, Ayankoko uses syncopation, abnormal time signatures, and polyrhythms to explore new conceptual frameworks and create an overwhelming feeling of weightlessness. On ‘Kia Sao ກ້ຽວສາວ’, Ayankoko advances his technique, pushing it as far as he can, from complex abstraction to blissful bursts of melody.

Kia Sao translates from Laotian into ‘holding your daughter on your back‘. The title references the ghostly weight of his cultural heritage as a French man with parents that had escaped war in communist Laos in the 1970s. On the song Molam 9, the bouncy, circular rhythms of traditional Laos Molam are slowly unravelled and scrambled by glittering psychedelic guitar.

Laos was the most heavily-bombed country on earth by the U.S. during the Vietnamese conflict, even though the two countries were never officially at war. Unexploded bombs and landmines buried in soil are still being uncovered, causing deaths decades later especially after the Dam’s collapse disaster in 2018, dislodging mines buried in mud, and causing floodwater to carry explosives to areas that were previously declared landmine-free. Healing happens in flux, and past traumas always find a way of returning.
Kia Sao functions like a buried collective memory. It fluctuates between ambient peace, sampling field recordings from Laotian villages, into sudden chaotic noise and tumult. The contrast explores this phenomenon of traumatic and deadly re-emergence of Laotian history, carried even on the backs of the diaspora.

About the artist: Ayankoko is the solo musical effort of French-Laotian multi-instrumentalist and composer David Somphrachanh Vilayleck; a fusion of jazz, sound design, traditional, noise, ambient, computer music, and classical. He studied at the French conservatories of Perpignan and Strasbourg and has a PhD in jazz guitar, improvised music and composition. Vilayleck has been working for 20 years in the fields of jazz, dub and experimental music. Ayankoko is an ever-evolving project which questions the ear about sound perception, its raw nature, the definition of music and the concept of ugly-beauty.