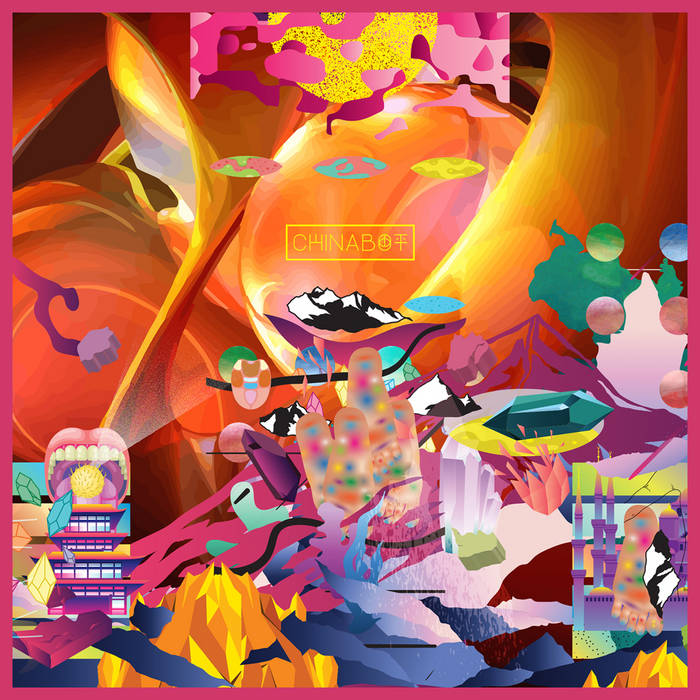 Mental Maps is a new compilation to be released on Chinabot, collating unreleased tracks from new Chinabot artists.
With the first release of the year we let ourselves celebrate our 1st year anniversary, it’s the second exclusively compilation release on Chinabot.

Mental map is a person’s internalized representation of the world, combining the objective knowledge of the world and an individual’s subjective perspective.

This epic compilation map shows the unison from artists around Asia working on the same release instead of fighting about the border disputes that could tear Asia apart.
Unfortunately some artists from the continent who were supposed to be on the compilation didn’t want to be a part of this release because of political conflicts with artists from specific countries.

Rising tension in Asia still exists for similar reasons that it elsewhere exists, with roots in events that have happened anywhere from thousands of years ago to the present.
Nowadays maps shows that the borders in Asia aren't nearly as fixed as they might seem but Mental Maps can bring an idea of solidarity by sounds protests or planetary citizenship for a brief moment of listening adventurous music.

While we often consider maps to be objective representations of physical space, they are heavily loaded with subjective views of the world. Additionally, maps change over time: Borders and boundaries are constantly in flux, shifting along political lines and in response to changes in international relationships. People have used maps to tell wide-ranging stories about conflict, migration, identity, and social, cultural, or political networks.

The main topic of this compilation was territorial borders.It emphasised that although borders are an absurd and artificial phenomenon they have a real impact on the existence of millions of people.
Border protection is a priority for every state because state authorities claim that such protection makes us safer. But is this really true when a border is a place where wars begin.

Genres across borders in music shows an increased diversity in music that we are exposed to, the lines separating genres have become even more blurred than they were previously.
The fundamental problem is that genre labels often do not accurately describe artists and their music – they simply do not do them justice.

The transnational flow of music is often envisaged as a vertical flow from more powerful nations to less powerful ones, or as a centre-periphery model with music moving from dominant cultures to marginal ones, from developed countries to the rest of the world, with accompanying images of overpowering, displacing, and/or destroying local cultures.

Altitudes, terrains ,latitudes or continental plates on the oceans may be inarguable, but what about other kinds of information attached to place? What about subjective associations, memories or the way we experience a place?